“Where’s Ted?” my wife asked one of the moms at a soccer game this summer.

Ted is the father of my son’s best friend. The friend with whom my son shares a 3rd grade class, a soccer team, and (previously) a fencing class, and so we see this kid and his family a lot. Over time, our families began inviting each other over for get-togethers, and a family friendship started to form. However, aside from the family functions, Ted was nowhere to be found while his harried wife toted their three kids to every imaginable after-school activity. “Where’s Ted?” became a mantra of sorts when we’d see the family.

Although both parents worked, Ted didn’t appear to take any interest in his kids, whether for mundane practices or bigger school events. One weekend Ted’s wife asked if my wife and I could bring their boy home from a game because she had to buzz off to some other kids’ event. We agreed, and when we finally pulled up to the kid’s house, Ted answered the door in his slippers and thanked us for dropping off his son. Where the hell were you, Ted, when your kid had a soccer game 7 blocks away?!? My perception of Ted took a nose-dive.

Over the years I’ve found that when I became a husband and a parent, my friendship standards shifted so that I evaluate others’ viability as a friend not only on their personalities, likes, and interests, but also on their attitudes toward marriage and parenting roles.

When I got married, my focus began to shift. Dedicating my life to making my wife happy and building a life for us became the most important thing to me, and so I wanted to connect with others who had similar investments in their relationships. Are you dedicated to your wife or partner? Do you work hard in your relationships? Do you work to find balance in your responsibilities as a couple (i.e., do you cook, dude, or do the laundry, or clean the bathrooms)?

As the years went by and kids enter the picture, my focus shifted again. Being a candidate for friendship didn’t only mean how well we clicked and how well you treated your wife or significant other, it became about how well you treated your kids, your family. Are you an involved dad? Do you accept parenting responsibilities? Do you dedicate time with your child(ren) and honor their pursuits?

In this way, finding friends has become a multi-layered process. In retrospect, finding friends that I clicked with in my early 20s was pretty easy. Are you a cool guy?  Great, then let’s hang out.  Now I find that there are many more factors involved in figuring out whether a guy is “like me” and someone I can trust and invest in as a friend. It becomes a bit exhausting, and I find that it’s hard to do.

Here’s an example. I had a good friend several years back who was making some tough decisions. He was married with an infant, and he had decided to make a career change based on his principals (he wanted to do more socially-conscious union work) and by changing jobs he sunk his family’s income below the poverty line. Once in his new job, the family qualified for section 8 housing, which they pursued. After the move, he started donating his time to a political campaign (though his union work) that led him to canvass for votes several states away from home for weeks on end, leaving his wife at home to care for their toddler.

If I had known this guy when he was single, I’d probably have admired him. He was dedicated to social justice and willing to make difficult, moral-based decisions even if they resulted in personal loss. But because of where we were in our lives, his actions caused me to look at him through a different lens. I could understand feeling conflicted with his job, but I couldn’t understand threatening the well-being of your family based on principals alone. I also couldn’t stomach the fact that he opted to spend weeks away from his young daughter to volunteer his time. At the time, our family was close with his wife as well, so we heard directly from her how his decisions negatively impacted the family, which put me in a further bind. Eventually, the friendship ended abruptly, in many regards because of my change of attitude toward him.

The trickiest part of all this is that I didn’t feel as though I had the right to address the things about him that impacted our friendship. His decisions about his career, his family, and his child had nothing to do with me, and I knew I’d overstep my bounds by addressing his decisions. At the same time, these decisions were diminishing my respect for him and eroding our friendship.

So this is now where things stand with Ted, and yet I don’t know the guy enough to say, “So, you don’t spend much time with your kids, huh?” To do so would sound judgmental and presumptuous. It’s not my business how he decides to spend his time, but it certainly affects how I see him and whether I’d choose to pursue a friendship with him. This relationship, the entire family relationship, is slowly eroding because of value difference. As someone who already struggles with friends, these examples underscore just how tricky these relationships can get.

And yet, as I review my history of attitudes towards friends, I realize that no matter what stage of life, my priority has always been focused on how the other person treats the people in his life. How does he treat me, our mutual friends, his wife or partner, or his kids?  Perhaps children are simply the most salient relationships in which to see whether someone cares about others. The job of a dad is so well-defined for me that it’s the easiest means to see whether someone is focused on the most important relationships in their lives.

To me, that is a true test of friendship.

5 thoughts on “Finding Out Your Friend is an Absent Parent” 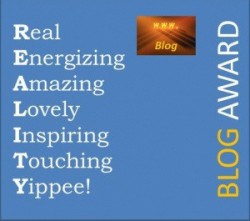